When the nickname "Dan the Man" works.

Surfing is one of South Africa’s most notorious adventure sports and brings people from all over the world to these coastlines. Lessons are a big bonus to visiting Coffee Bay, especially when their taught by an easy going guy, but killer shredder. Teaching about them or taking them, this guy is all about the waves.

How long have you been surfing? Where did you first learn?

“My dad started teaching me when i was 5 years old. We lived in Muizenberg, and we would go to the beach every weekend to body board and surf. It wasn’t until I was about 12, that I realized this was what I wanted to do, I wanted to surf. I started surfing as much as I could, whenever I got the chance. I stopped playing all school sports so I would have more time in the water, and before I knew it I was living and breathing surfing.”

What competitions have you been in? Win, lose?

“I started competing in U12, then competed through the SA juniors series. I represented the Western province in SA junior and senior champs. I never won SA champs, but I did make semi’s and finals a few times. If I had to chose my favorite and best competition it would be my U16 Quiksilver King of the Grums. I came in the 3rd, but it was a great day.”

Are you or have you ever been sponsored?

“I used to be sponsored by Lizzard Brand and Reef wetsuits, but not so much anymore.”

Who is your favorite pro-surfer and are your styles alike or different?

“At the moment, I’d have to say John John or Italo Ferreira, both really good surfers. But, my local inspiration has to be Brendan Gibbens. He comes out of Kommetjie, a Cape Town surfer like me. He and I have completely different styles but i find him to be an incredibly progressive surfer. He takes to the air a lot, which in my opinion is the future of the sport.”

So you’re a surf coach and instructor, what would be your favorite part about teaching?

“Well, I do love teaching, but only when the waves aren’t good for me. (Laughing at himself) No, but in all honesty it’s all about seeing how stoked a person is when they finally get it. I’ve had several students come to me and be really down about it all because they’ve tried learning before and couldn’t get it. Then, we get out there, they catch a wave and you can check their minds being blown by how much they get into it and love it. My teaching technique has really improved since I started working under Dave. (speaking of David Malherbe, former pro-surfer) It’s all about sharing the love for surfing, that makes it all worth it.” 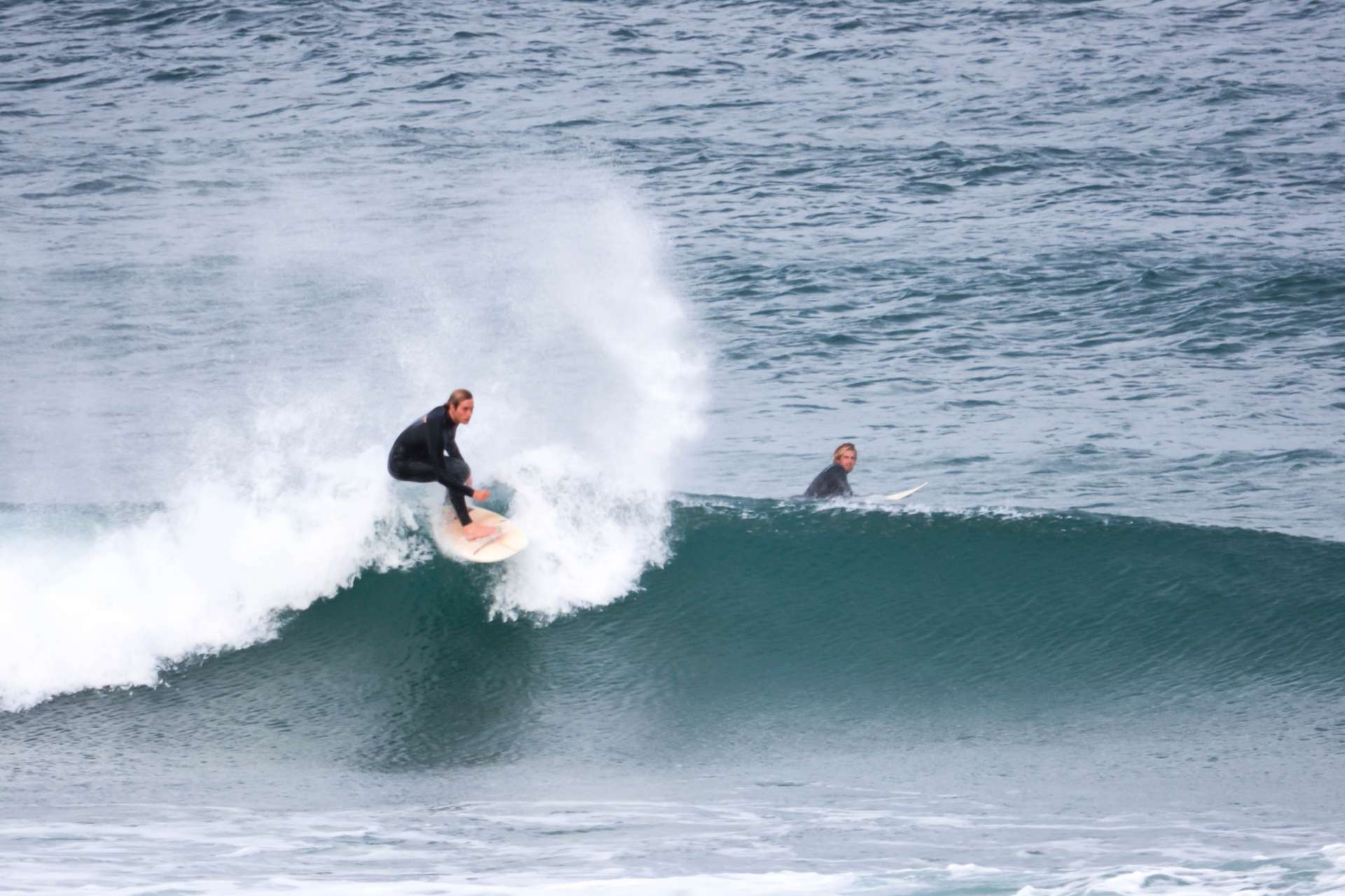 What would you say is your favorite thing about surfing the Wild Coast?

“The no crowds without a question. There really is nothing like going to a beach with cooking waves and it being just you and your buddy. You get all the choice of waves, so it makes for a great session. You can really relax and have some fun, no worries.”

Where would be your favorite spot to surf along the Wild Coast?

“Lwandile for sure. It’s only about 40 min from Coffee Bay along the coastal route so it’s not too far. On the perfect days, the sandy bottom creates the best right hand point break, some days it’s such long waves and can really be firing. Not to mention the secluded nature of it, another example of choice waves.”

If you could surf anywhere in the world, where would it be?

“With money not an issue?? ha. — Probably South or Central America along the West Coast. I’d want to surf places with cultures completely different from my own. Different cultures can add for different surfing styles. I’ve also heard that the winter barrels off Isle of Man are incredible.”

Being able to call Coffee Bay your backyard is definitely special. What would you say is your favorite part about being a Coffee Bay surfer in general?

“There’s generally a very fun left hand which is my forehand. There’s lots of ramp sections and favorable cross-winds, which makes doing big airs easier. Coffee Bay is special. I think that what makes it this way is the dolphins in the area are plentiful and patrol the waters for the surfers here. They are extremely curious and playful with us out there which makes the back line here a fun, and yes, special place to be.”

Big shoutout to Dan for the interview, normally not a man of many words, but I guess I found his passion subject.

You can catch Dan at all the best spots in Coffee Bay and the surrounding area. Look for the guy taking the air, he likes it up there.